The (in)visible drought: effects on groundwater and water quality 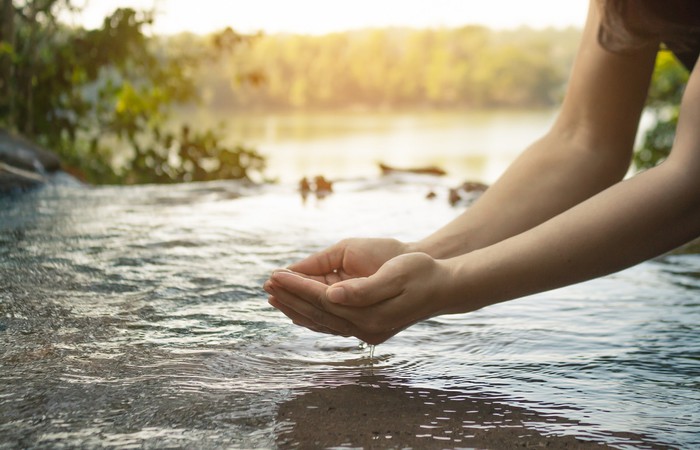 Mild winters and hot summers - The extreme drought of the last two years is now showing its effects on nature. Professor Dr Traugott Scheytt from the TU Bergakademie Freiberg explains what this means for the deeper soil layers, the groundwater and the water quality in German lakes. Photo: Adobe Stock / NATTAPONG

Actually, according to the German Weather Service, summer 2020 is a normal one - neither too dry nor too wet. However, what is currently becoming apparent above all in the deeper soil layers is the extreme drought of recent years. This was previously invisible, but is now showing its effects especially in Saxony. Affected are groundwater-fed rivers and lakes as well as forests.

"In detail, it is above all the sinking groundwater levels, the associated bottlenecks in the drinking water supply and water quality and the dying trees that are causing us great concern," explains Professor Dr Traugott Scheytt. The reason for this is the lack of groundwater recharge. More and more water is flowing out of the lakes and rivers and far too little is flowing in. This not only affects the water level, but also the composition of the water. For example, nutrients such as nitrate, iron or sulfate can seep in more quickly and extract oxygen from the groundwater. This oxygen-poor influx can have a lasting effect on the water quality in lakes and rivers and can also lead to the death of fish and other creatures. This is a vicious circle, while at the same time water consumption is particularly high in times of drought.

"The goal must be to restore the declining reserves. To this end, we are currently working with other partners to investigate the interaction between surface and ground water, the causes of oxygen deficiency and possible aeration measures in selected lakes, such as the storage basin in Lohsa," says Professor Scheytt. In August 2018, he took over the professorship for hydrogeology and hydrochemistry at the Institute for Geology at TU Bergakademie Freiberg.

In addition, he is spokesman of the Center for Water Research at TU Bergakademie Freiberg, in which the existing competencies on the subject of water are bundled and scientists from various departments are conducting research on projects on the causes and effects of drought and flooding, but also on possible countermeasures.