Alexander Sidoruk is the new conductor of the Collegium Musicum 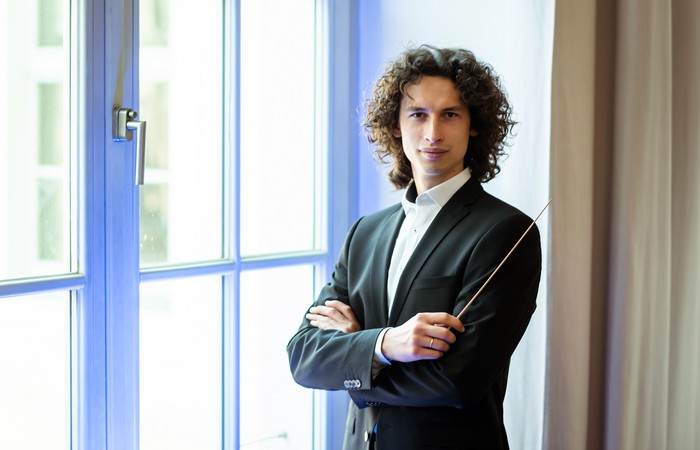 Alexander Sidoruk now stands at the desk of the Collegium Musicum of TU Bergakademie Freiberg. The 26-year-old comes from the Russian city of Jekaterinburg and studies orchestral conducting at the "Hochschule für Musik Carl Maria von Weber" in Dresden. He had already completed his flute studies there. Photo: Private

Alexander Sidoruk can show extensive experience despite his young age. As a flautist he played in numerous international orchestras. At the age of 18 he took over his first chief conductor's position in Jekaterinburg. For his musical achievements he was awarded with renowned prizes and scholarships. Currently Sidoruk conducts the Freiberger Collegium Musicum, the Chamber Orchestra Dippoldiswalde and the Dresden Camerata. As a guest conductor he has appeared with the Sinfonietta Dresden and as an intern with the Elbland Philharmonic Orchestra.

The symphony orchestra of the Collegium Musicum has been in existence since 1948 and consists of students and staff of the Bergakademie, but also numerous other amateur musicians from Freiberg and the region. Alexander Sidoruk has many plans for the ensemble: "One day I came across an article on the Internet about the best amateur orchestras in Germany. In a few years, I would like to see the Collegium Musicum on this list". This is not only about the right notes. "I really want to convey the love of practicing to the musicians," he says. "With a reverent attitude towards music and mutual respect, a very fruitful work can succeed."

After the departure of Jacobus Gladziwa at the beginning of the year and the corona-related compulsory break, the orchestra was able to start rehearsals again in mid-October. Actually it should now prepare for the traditional University Advent Concert, but now it has to pause again.